When we hear Muslim or Arabic names mentioned in the media today, it’s unfortunate that we often expect a negative news story to follow, such as a suspected terror plot or an actual terror attack. But as with any race, religion or culture there are those who choose evil and those who choose good. This article highlights those Muslims who chose good, who bravely acted in service to humanity while, in many cases, risking their own lives and/or reputations. In the end, these Muslims can legitimately be called “real life superheroes”. 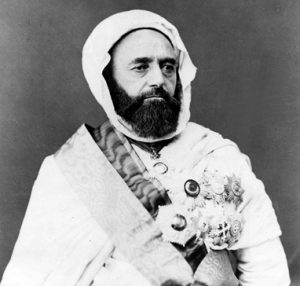 This 19th Century freedom fighter led a conscientious resistance against French colonialists in his native Algeria. A descendant of the Islamic Prophet Muhammad and a scholar of Islam, he became renowned for his humane treatment of prisoners of war and for his protection of thousands of Christians from persecution and slaughter at the hands of the Druze zealots in Damascus. This won him admiration and praise from scores of Western/American leaders, intellects and elites including Abraham Lincoln. Read More

The former heavyweight boxer was not only the most celebrated athlete but, perhaps, the most celebrated person of our era. He was well known for refusing to serve in Vietnam based on his principals and religious beliefs, sacrificing his eligibility and prime years of his boxing career. A became a pioneering symbol of courage, dignity and conviction during the civil rights struggles of African-Americans. Muhammad Ali has been honored with countless awards including the Arthur Ashe Courage Award, the Presidential Citizens Medal by President George W. Bush, the Presidential Medal of Freedom, and the “Otto Hahn Peace Medal in Gold”. But lost in all the accolades was maybe his greatest feat of all… saving the life of a distraught man set on killing himself. 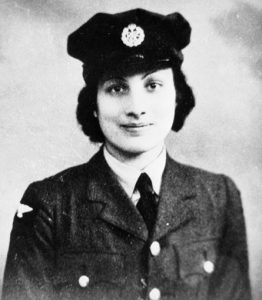 Born in Russia to a Muslim-Indian father and an American mother, Noor Inayat Khan and her family eventually settled in France. The eldest of her three siblings, it was on the cusp of her teenage years that she was thrust into the role of family caretaker when her father died and her mother became overcome with grief. She would go on to compose music and write poetry and publish a children’s book. When France was invaded by Germany at the onset of World War II, the family fled to England where she would enlist in the Women’s Auxiliary Airforce. The rest of her story reads like a Tom Clancy spy novel. She rose up the ranks during her training and ultimately would become an undercover special agent in Nazi-occupied France. Within 90 days her intelligence and support network, including most of her fellow field agents and her superiors were rounded up by the German SS (Security Service) and arrested. On the run from the SS and with virtually no assistance, she continued to transmit critical data back to Britain. She was betrayed by another French agent and arrested. She courageously resisted SS interrogation for over a month, however, her written notes were later discovered. The SS used the data to impersonate Khan and send false messages to her headquarters arranging for false rendezvous. This led to the capture and execution of numerous other agents. After escaping prison and being recaptured, Khan was classified as “highly dangerous” and shackled for the remainder of her imprisonment until executed on September 13, 1944. Throughout her captivity she refused to divulge any information that could be useful to the Nazi war effort despite the horrific conditions she faced. She was posthumously awarded the George Cross and a French Croix de Guerre with silver star. 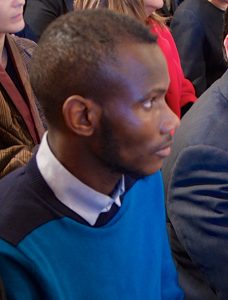 Lassana Bathily was working as a stockman at a Jewish supermarket just outside Paris on the day of the Charlie Hebdo attacks in January of 2015. When one y the terrorists stormed into the market, Bathily protected a group of Jewish patrons by hiding them in the cellar. He ultimately saved them and helped to end the siege by slipping out and sharing critical details with police. Bathily was honored as a national hero and awarded French citizenship. Ella Bennett wrote in The Jerusalem Post, “Lassana Bathily represents everything that is positive about humanity and shows that we must not condemn people based solely on their religion, rather, we must judge people by their actions.” Read More 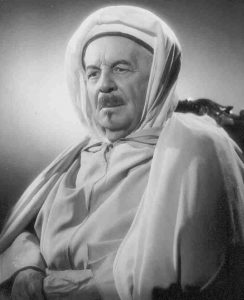 In 1926 the Grand Mosque of Paris was founded as a token of gratitude to the more than 100,000 Muslim soldiers who died fighting for France in World War I. The mosque would also serve as home for the Muslim Institute of the Paris Mosque, a social and spiritual welfare organization founded by Abdelqader Ben Ghabrit, also known as Si Kaddour Benghabrit. When the Nazis invaded France in World War II, the institute issued certificates of Muslim identity to Jews as protection against Nazi deportation and possible execution. Ben Ghabrit also arranged to have Jewish refugees hidden in the mosque and, in some cases, secretly transported out of France to safety. About a hundred Jews were saved and the mosque is revered by many Jews and Jewish organizations up to this day. Read More 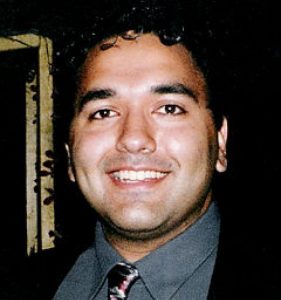 Mohammad Salman Hamdani was the NYPD cadet and EMT who was killed in the World Trade Center on 9/11 where he had rushed to help save lives. He was under no obligation to do so since he was not on duty at the time. He was hailed as a hero by New York City mayor Michael Bloomberg and the police commissioner. He was mentioned in the subsequent U.S. Congress “Patriot Act” as an example of “Arab Americans and Muslim Americans [who] have acted heroically during the attacks”. Mayor Bloomberg called him “an example of how one can make the world better”. 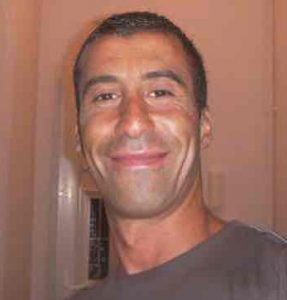 Ahmed Merabet was the Paris policeman killed in the Charlie Hebdo attack. He was the first officer to arrive on the scene as the gunmen were exiting the building. He was almost immediately shot and wounded, and then killed in cold blood as he laid helplessly on the ground. 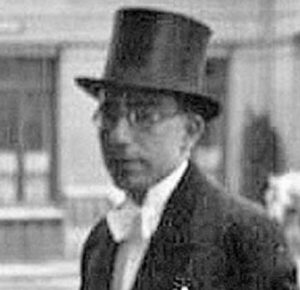 Head of the Iranian consulate in Paris during World War II, Sardari issued fake Iranian passports to Jewish residents in order to save them from Nazi persecution. He ended up saving 2000 Jewish lives, earning the title of “Schindler of Iran” in the process. He has been recognized by many Jewish organizations for going above and beyond the call of duty and risking his career and his life. Read More 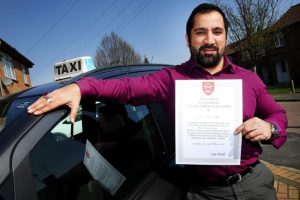 This British taxi driver witnessed a horrific car crash, then raced in to pull a pregnant woman and her baby from the burning wreckage. Read More 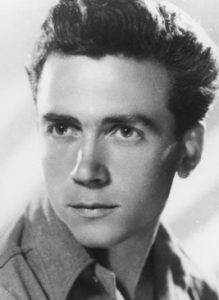 As a 17 year old boy living in Albania during World War II, he sheltered several Jewish families from the Nazis. According to Wikipedia “his example inspired his whole village to risk their lives in order to protect Jews… and many survivors told how their Albanian hosts vied for the privilege of offering sanctuary, on the grounds that it was an Islamic ethical obligation.” Read More

An ethnic Albanian Muslim who was the chief librarian at the Bosnian National Museum at the time of World War II. The museum was home to a 14th Century Jewish relic called the Sarajevo Haggadah. According to the Jewish Foundation for the Righteous it was “the type of artifact that Hitler hoped to preserve in a ‘museum of an extinct race’ after he had killed all the Jews of Europe.” Derviš Korkut and his wife went to great lengths to hide it from the Nazis when they occupied Sarajevo. They smuggled it to safekeeping at the risk of their own lives. Read More 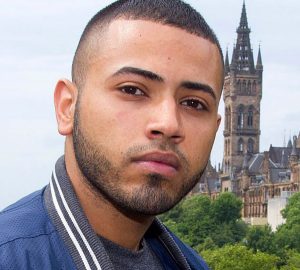 Saved a woman from being raped in superhero fashion. While jogging in a Glasgow park at night, he hears terrified female screams of help. Running to the scene he discovers a woman pinned to the ground by a male attacker. Abdull instinctively runs, jumps and “fly-kicks” the man in the face, knocking him out cold. He would later say “I don’t feel like I am a hero. It’s a man’s job to protect the innocent.” Read More

In late 2015 Salah Farah was a passenger on a bus in Kenya when terrorists stormed it, threatening to kill all Christians aboard while sparing the Muslims. When they demanded the Christians and Muslims split up Farah refused, saying “Kill all of us or leave us alone.” The terrorists shot him and a few others after a brief argument. He died later from his injuries, leaving behind four children and his pregnant wife. Read More

The headline reads “American Family in Emotional Reunion With Rescue Hero Abdul Haji”. That sums up a story that found Kenyan businessman Abdul Haji ushering trapped civilians to safety amidst a 2013 terrorist attack on a mall in Nairobi. Haji took up arms to fight the terrorists and save his brother, and then scores of other trapped mall goers including an American mother and her three young daughters. Read More

Hindu couple Mohan and Chitra became hopeless when rapidly rising flood waters threatened their lives and they appeared unable to escape to higher ground. That’s when Mohamed Yunus appeared with a boat and rescue team. The 26 year old businessman took it upon himself to rent four boats to search devastated areas that Indian government officials hadn’t reached yet. He saved Mohan and Chitra, who was pregnant at the time. In honor of their hero she pledged to name the baby after him, and Mohamed pledged to pay for the child’s future educational costs. Source: IlmFeed.com

He’s one of the unsung heroes of the Virginia Tech massacre in April of 2007. Professor Randy Dymond attests that Shaalan saved the life of a fellow student at the expense of his own. After Seung-Hui Cho began his rampage, killing many students and faculty members in cold blood, Shaalan lay on the classroom floor with serious injuries. As Cho surveyed his victims, Shaalan noticed him moving towards another student near him who was lying on the floor playing dead. Shaalan, apparently believing Cho was about to kill the other student, moved suddenly and that’s when Cho fired the shot into Shaalan which proved fatal. Witnesses believe he moved suddenly to distract Cho in an effort to save the other student. Source: Time Magazine

Born in Egypt, Mohammed Helmy eventually settled in Berlin where he became a prominent doctor. When the Nazis began deporting Jews during World War II, he went to great lengths to save them by concealing their identities and hiding them. Anna Gutman later wrote, “He managed to evade all [Nazi] interrogations. In such cases he would bring me to friends where I would stay for several days, introducing me as his cousin from Dresden… Dr. Helmy did everything for me out of the generosity of his heart and I will be grateful to him for eternity”. He became the first ever Arab recognized as a “Righteous Gentile” by Yad Vashem, Israel’s Holocaust Memorial Museum. Source: Wikipedia

Do you know of a Muslim superhero not mentioned above? Let me know and I may add them. Send me a message here. 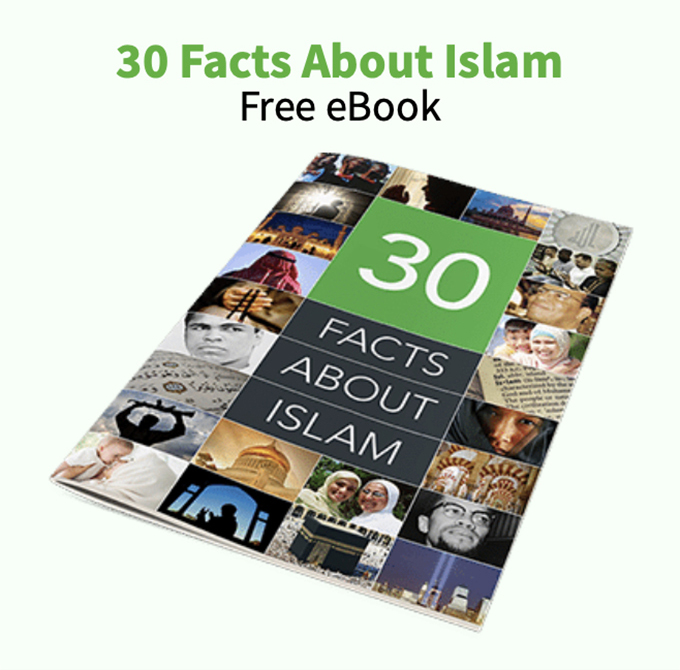 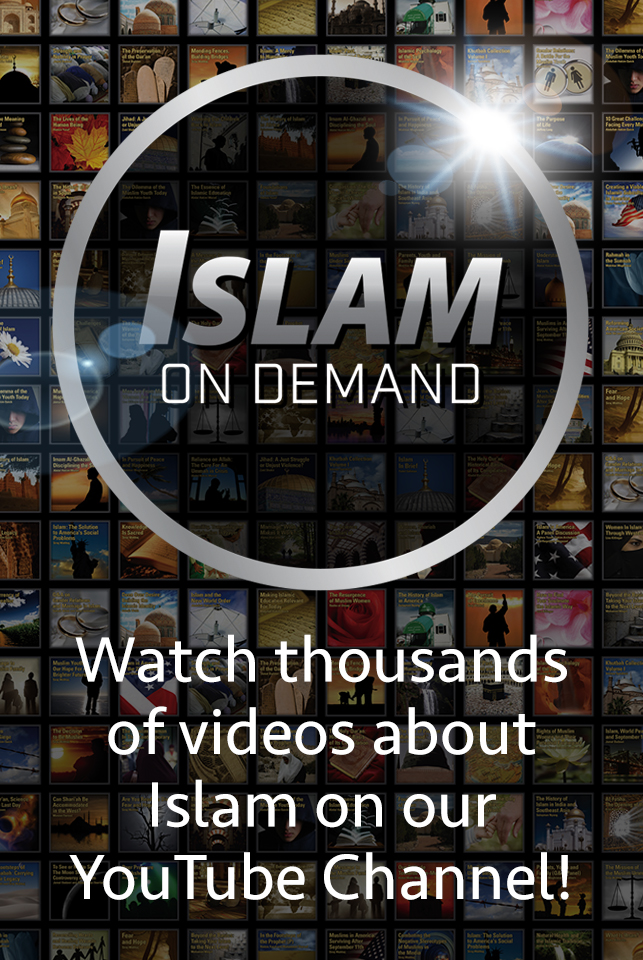 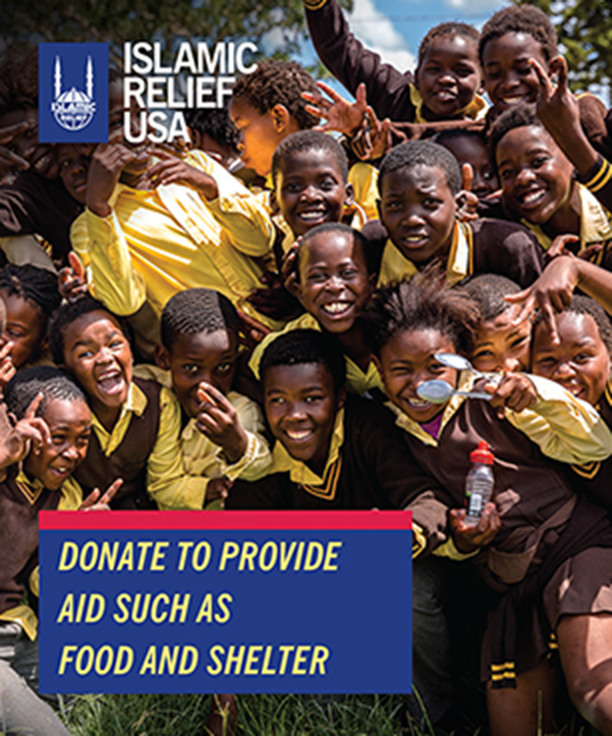 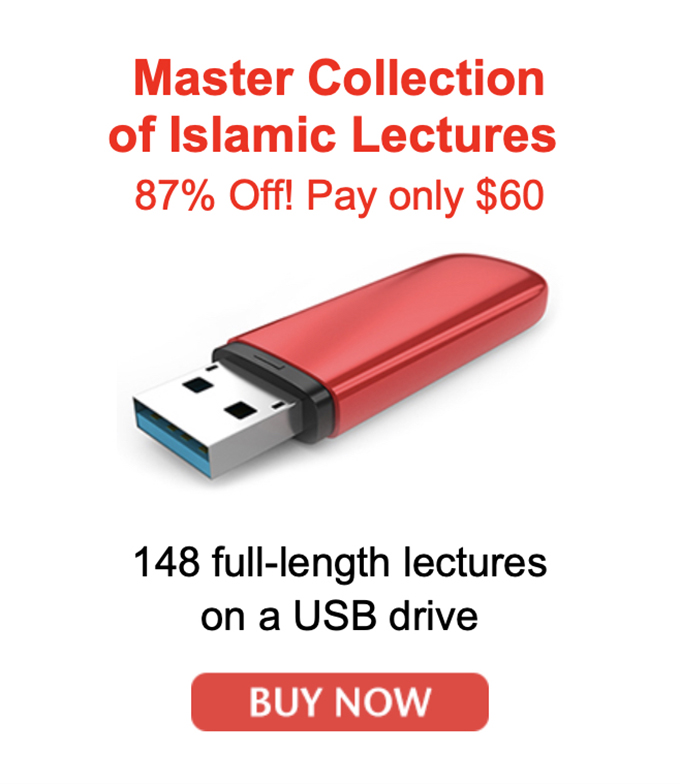 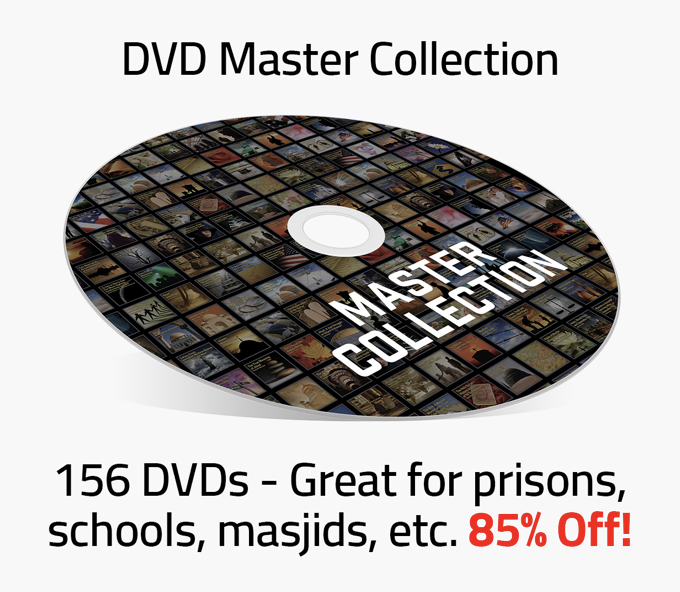 Do you know of a Muslim superhero not mentioned above? Let me know and I may add them. Send me a message here.