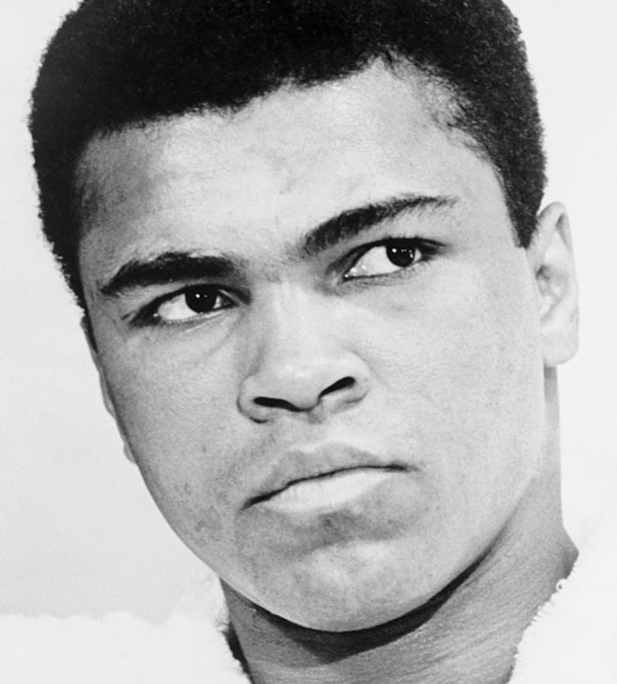 While he was alive Muhammad Ali was not only the most famous Muslim by far, but it can be argued he was the most famous person, period. Born Cassius Clay in Louisville, Kentucky he won the heavyweight championship in 1964 at the age of 22. Shortly after he converted to the so-called Nation “of Islam” (not orthodox Islam) and changed his name. In 1967, the prime of his career, he refused to be drafted into the military to serve in Vietnam on the basis of his religious beliefs. He was subsequently arrested, convicted of draft evasion and stripped of his championship title. After a four year struggle his conviction was ultimately overturned by the Supreme Court and Ali resumed fighting. He was a hero, especially to African-Americans, for being so outspoken during the civil rights era when doing so often resulted in imprisonment (Nelson Mandela) or assassination (Martin Luther King Jr. and Malcolm X). He is generally considered the greatest boxer of all time and is an enduring symbol of courage, commitment and principle. He converted to Sunni (orthodox) Islam in 1975. Both during and after his boxing career, he utilized his fame as a diplomat and humanitarian to spread peace throughout the globe despite suffering from Parkinson’s disease in his later years. He died in June of 2016. 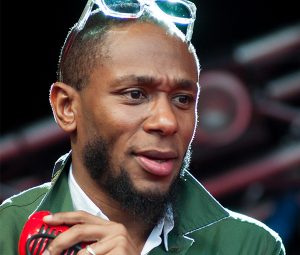 Wikipedia says about hip-hop artist and actor Mos Def: “Dante Terrell Smith Bey was born in Brooklyn, New York City, the son of Sheron Smith and Abdul Rahman. The eldest of 12 children and step-children, he was raised by his mother in Brooklyn, while his father lived in New Jersey. Although his father was initially a member of the Nation of Islam and later followed Imam Warith Deen Mohammed, who merged into mainstream Sunni Islam from the Nation, Mos Def was not exposed to [orthodox] Islam until the age of 13. At 19, he took his shahada, the Muslim declaration of faith.” 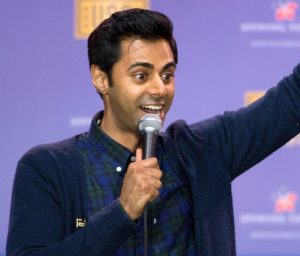 Hasan Minhaj is an American comedian and actor of Indian heritage. He is currently a Senior Correspondent on The Daily Show. He was chosen to perform at the 2017 White House Correspondents’ Dinner. Minhaj comes from a Muslim family originally from Aligarh, Uttar Pradesh, India. His parents immigrated to Davis, California, where Minhaj was born and raised. Wikipedia 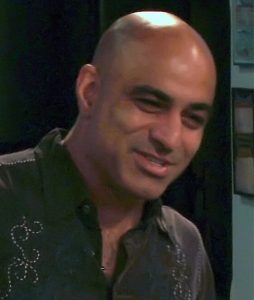 Born in America to Muslim parents from Pakistan, Faran Tahir has become an accomplished film and television actor. He’s played major roles in such films as Iron-Man, Star Trek and Elysium. He’s also appeared in over 40 TV shows such as Criminal Minds, NCIS, Grey’s Anatomy, The West Wing and Law & Order. 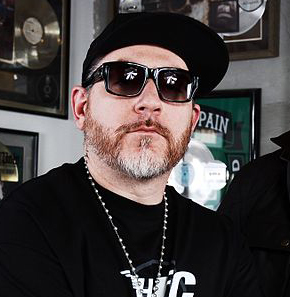 Everlast is a rapper/singer who burst onto the music scene in 1992 with his smash hit Jump Around while a member of the group House of Pain. The song reached #3 in the U.S. and was nominated for a Grammy Award. Born into a Catholic family of German and Irish descent, he accepted Islam in 1996. His career reached its pinnacle in 2000 when he won the Grammy for Put Your Lights On, a song he performed with guitar legend Santana. Everlast, whose birth name is Erik Schrody, said this song was “the most personal songs I ever wrote”. He wrote it while recovering from a major heart attack. He described the song as “kind of all about hope, but coming from a really dark place… and really questioning a lot of your beliefs, and affirming… stuff in your soul.” At the end of the song he rhythmically recites the first part of the Islamic declaration of faith (shadadah) in Arabic, which translates as “No god but God”. Photo credit: Regime Management 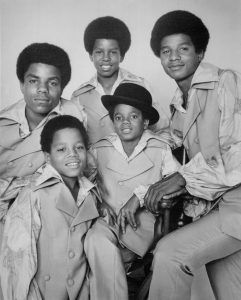 Older brother of the late pop superstar Michael Jackson, Jermaine began his music career as a member of the group The Jackson Five. He would eventually leave to pursue a solo career, recording several hit songs throughout the 70’s and 80’s. Raised as a Jehovah’s Witness he embraced Islam in 1989, saying “I found in Islam the answers to those queries which I had failed to find in Christianity.” 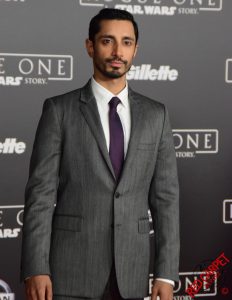 Rizwan “Riz” Ahmed is a British actor and rapper of Pakistani descent. As an actor, he was initially known for his work in independent films such as The Road to Guantanamo, Shifty, Four Lions, Trishna, and Ill Manors, before his breakout role in Nightcrawler. Since then, he has appeared in the films Una, Jason Bourne, and the first Star Wars Anthology film Rogue One. He also starred in the HBO miniseries The Night Of as Nasir Khan; the show and his performance were critically lauded, earning him Golden Globe and SAG nominations. He appeared on TIME magazine’s The Most Influential People of 2017 list. Quoted from Wikipedia 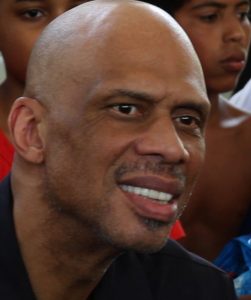 Perhaps unfamiliar to a younger generation of basketball fans, Kareem Abdul-Jabbar reigns as the NBA’s all-time scoring leader. He scored more points in his career than any NBA player (including Kobe Bryant, LeBron James and Michael Jordan) on his way to winning six NBA championships. He was also one of the greatest college players of all-time, winning three consecutive national championships for UCLA and three tournament MVPs from 1967 to 1969. While attending UCLA he converted to Islam and changed his name from his birth name Lew Alcindor. Today he appears frequently on TV to discuss matters of race and religion. 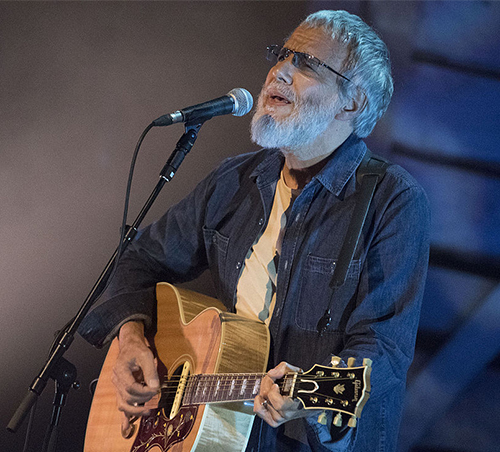 Born in London to a Greek Orthodox father and Baptist mother, Steven Georgiou developed an interest in music at an early age and, inspired by British groups such as The Beatles, he began writing and playing music as a teenager. By the age of 18 he signed his first record deal. His success was immediate as his debut album reached the top 10 in the UK. By 1968 he contracted tuberculosis as the result of a grueling schedule. He was forced to put the pop-star lifestyle on hold while being hospitalized for several months. According to CatStevens.com he then “began a process of inner reflection and meditation… His lyrics became more subtle and intuitive, and he was now beginning to explore spiritual paths.” His newfound spirituality would be challenged when he nearly drown while swimming in the Pacific Ocean. Shortly thereafter he was given a copy of the Qur’an by his brother and in 1977 he converted to Islam. For more on his journey watch the VH1 documentary Cat Stevens: The Story Behind the Music. 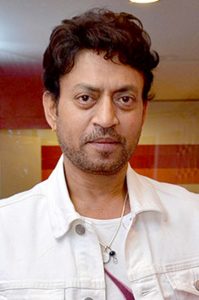 According to Wikipedia Irrfan Khan is “an Indian film actor known for his works predominantly in Hindi cinema. He is also known for his works in British films, and Hollywood. Film critics, contemporaries, and other experts consider him to be one of the finest actors in Indian cinema for his versatile and natural acting.” In America he’s best known for his roles in the films Slumdog Millionaire, Life of Pi and Jurassic World. He was born in India and raised as a Muslim. He died on April 29, 2020. 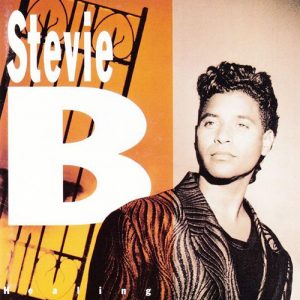 You may not know the name but for fans of 80’s dance music you most likely know his song Because I Love You (The Postman Song) which reached #1 in 1990 and remained at the top of the U.S. Billboard charts for 4 weeks. He converted to Islam shortly after and his subsequent album Healing reflected his new spiritual path, featuring cover art adorned with Islamic motifs and several songs with a more meaningful and conscientious message. In the song Force Inside of Me Stevie sings “Islam is growing now, making history… Allah will set you free… Will you take a stand with me?” The song Tender Love speaks not about a woman’s love but rather God’s love and includes the Arabic recitation of the shahadah, the Islamic declaration of faith, much like Everlast (see above). Photo credit: Amazon/Sony Records

Why Certain Celebs Are Not Mentioned

You may have read elsewhere that celebs like Snoop Dog, Ice Cube, Busta Rhymes and others are Muslim, and you may be wondering why they’re not mentioned above. The reason is that many of them follow a version of what they call “Islam” but, in reality, it is a contradiction and violation of the Qur’anic teachings. Groups like the Nation “of Islam” (NOI) and the Five-Percenters are considered by Sunni (orthodox) Islamic scholars to be a heretical version of Islam and, therefore, followers of such groups cannot be considered Muslims.

It is not my intention to judge any individual or group and I recognize that the NOI has uplifted many African-Americans socially, morally and spiritually and that many of them (like the aforementioned Muhammad Ali) have taken the next natural step of accepting true Islam. But until they actually do that and make it known publicly, I do not feel comfortable calling them “Muslim”, irregardless of what they call themselves.

With that said, the omission of anyone from the above list does not necessarily mean they are followers of the NOI or some other heretical sect. It simply means that I didn’t have enough information to feel comfortable including them on the list. At the end of the day this list is fluid and can, and presumably will, be updated insha’ Allah. You can help in this effort by providing evidence that a particular person should be included on it. Send me a message here.